Start a Wiki
The Global Feminist Conspiracy, often more simply referred to as the Feminist Conspiracy is the plague that is slowly engulfing the world. All women are secretly a part of the Conspiracy, and the men are the targets. The headquarters have not yet been found, but they are likely suspected to be on the moon, and is assumed to look something like this: 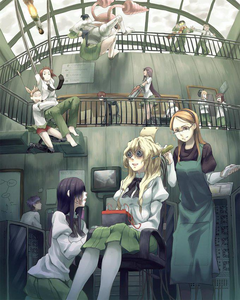 Add a photo to this gallery

The Rebellion is the counter movement to the Conspiracy. You must first prove your allegiance before you can join the Rebellion. This page will be free of the requirements should the feminists see it.

This important message brought to you by Kenji Setou and Schiffy.

Retrieved from "https://itsaconspiracy.fandom.com/wiki/Global_Feminist_Conspiracy?oldid=6554"
Community content is available under CC-BY-SA unless otherwise noted.