Brandon Rhea is a member of the Wikia community team. He works with his colleagues Wendy and Grunny, answering questions regarding adoption requests. He says he lives in New Jersey, but it is far from The Truth that he tells the Wikia Community. Brandon actually lives in a far away land in western Europe, presumably, Englandland.

Brandon is actually a witch, sent by the coven of witches. This coven tasked him with entering a society of Wiccans and harvesting their children. But because the witches went high-tech (go figure) and switched to Whatsapp a few years ago, Brandon got an autocorrected message and has gone on a tangent to target Wikian children for his quota. Brandon is also secretly part-walrus.

Wikia hired him to help prevent the the COPPA-violating users who lurk nearly every inch of Wikia, unbeknownest of his supernatural origin. Now, don't be fooled by that smile, Mr. Rhea was trained by the evil Christine O'Donnell and currently works at Wikia using the software to find his next target. To this day, he roams Wikia on his broomstick, in search of children to dessicate while completely oblivious to his true mission... 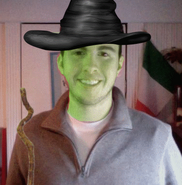 A rarely seen image of the real Brandon. 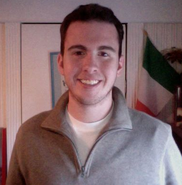 Brandon as he looks after the transformation spells/photoshop editing.
Add a photo to this gallery
Retrieved from "https://itsaconspiracy.fandom.com/wiki/Brandon_Rhea?oldid=7047"
Community content is available under CC-BY-SA unless otherwise noted.